The Artisan by Enoteca Pinchiorri: A Veggie Perspective

share The Artisan by Enoteca Pinchiorri: A Veggie Perspective on social media channels 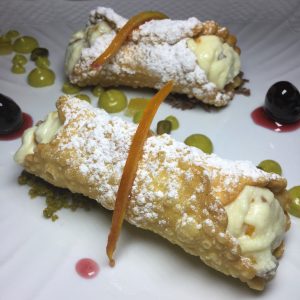 Enoteca Pinchiorri has been a jewel in Florence’s gastronomic crown for over four decades. Owned by restaurateur Giorgio Pinchiorri and Executive Chef Annie Feolde, it was the first restaurant in the world with a female head chef to be awarded three Michelin stars. Earlier this year, an offshoot of that Michelin star elegance opened up in Dubai in the form of The Artisan. Given its high pedigree, The Artisan’s location, at the Burj Daman building in DIFC, is quite understated. A simple black folding screen (which encloses the outdoor seating area) doesn’t offer any clues about what to expect inside. But perhaps understatement is a bit of a running theme at The Artisan. There’s a cool contrast between the crisp white linen of the tables, the marble flooring and the slate gray walls, while the dim yellow lighting and wood elements in the bar and the center of the floor add a touch of warmth.

While many restaurants around town claim authenticity in flavors, technique and presentation, The Artisan takes it up a notch by employing an Italian serving staff, some of whom have come over from Enoteca itself. They’re all extremely knowledgeable about every aspect of the menu, and the bar manager suggests perfect drink pairings without hesitation. Once we’re all settled in, our server comes along with two bottles of olive oil and asks us our preference, explaining the difference between them (sharp green olives versus a sweet darker variety). We opt for the sharp one, and are promptly served some fresh foccacia for dipping, along with our amuse-bouche: parmesan foam sitting on top of a mixture of roasted hazelnuts and balsamic vinegar, topped off with shaved black truffle. To call it ‘earthy’ wouldn’t quite do justice to the rich, layered flavor notes mingling in a small glass. With such a beautiful little taste to kick things off, I’m more eager than ever for the meal.

Zucchini flowers (also known as squash blossoms) are a common Mediterranean ingredient that you don’t see used often in Dubai. Stuffed with buffalo mozzarella, breaded and fried, these delicate golden blossoms are served atop a creamy and delectable Tuscan pesto (essentially, a tomato-based version of the sauce). They’re light and flavorful, and the pesto is a perfect foil. We also have the Artichoke Salad, a slice of globe artichoke stem topped with asparagus and frisee, parmesan slices and a lemony dressing. Tart and sour notes dominate, but the milder artichoke keeps them from overwhelming the taste buds. Next up is Agnolotti stuffed with Mantova pumpkin (also known as Mantua, this Italian city is most famous for its pumpkins) in a sage-butter sauce with roasted almonds and parmesan fondue. Pumpkin, especially pureed, can be quite a heavy ingredient but the stuffing of the agnolotti is surprisingly light and its mellow flavor is enhanced by the sharp almond taste. We also get to sample a dish that was introduced to the menu just before Christmas, and is apparently still being refined by the chef: potato-stuffed ravioli in creamy walnut sauce with walnut pieces, Talleggio cheese and shaved truffle. It’s rich, satisfying, and easily one of the best pasta dishes I’ve had. If this is still not ‘perfect’ as per the chef’s standards, I can’t wait to try the final version!

Finally, we come to desserts. Tiramisu is de rigueur for any Italian menu, so I instead opt for the Cremino dell’Artisan and the Cannoli. The former is a mixture of light and dark chocolate mousse with hazelnut ice cream, crushed dark chocolate biscuits and candied hazelnuts. If you think chocolate and hazelnut is a match made in heaven, then you’ll appreciate just how divine this dish is. On the other hand, the cannoli, stuffed with ricotta and candied orange with an accompaniment of syrupy dark cherries and pistachio cream, is as refreshing as it is indulgent. The cannoli shells are crisp (and not too thick) and the fruity flavors balance out the richness of the cream components. Hidden away on one end of Burj Daman, The Artisan may not seem very inviting from the outside, but you’ll forget all about that once you walk in through the door and are greeted with a warm ‘Bona Sera’ (or perhaps ‘Buon Permoriggio’ if you go there for lunch).  All the flavors are top notch, and we’ve heard that the tiramisu (using Chef Feolde’s famous recipe from Enoteca) is one to put on the must-try list!

share The Artisan by Enoteca Pinchiorri: A Veggie Perspective on social media channels