Jennifer McNeill• 6 December, 20166 December, 2016Raw veganism has been making waves for a few years now. From week-long juice cleanses and the 'raw till 4' movement to fully raw restaurants popping up right here in Dubai, raw food has definitely made its mark on the health food scene. But as much as we love to occasionally swap out spaghetti for ... 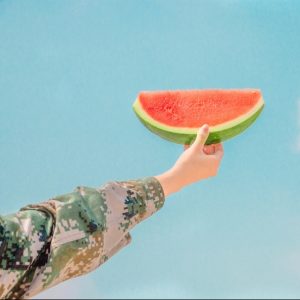 Raw veganism has been making waves for a few years now. From week-long juice cleanses and the 'raw till 4' movement to fully raw restaurants popping up right here in Dubai, raw food has definitely made its mark on the health food scene. But as much as we love to occasionally swap out spaghetti for beautiful, spiraled ribbons of zucchini, just how healthy is it to exist on a diet of raw food alone?

First, let's define 'raw food': Raw food is food that has not been cooked - so all fruits, vegetables, nuts, seeds and sprouts that have never been in temperatures above 48°C make the list. There are definite pros to gnawin' raw

Just why has raw food exploded onto the health food scene? Well, for starters, as everything is completely raw, all the natural enzymes, vitamins and minerals are undamaged and ready for your body to absorb immediately. Fresh fruit and vegetables start to slowly break down as soon as they're pulled from the earth or plucked from a plant and applying heat to them often speeds up this process.

The health benefits associated with eating certain vegetables raw may lower your risk of developing cancer. Cruciferous vegetables like broccoli have anti-cancerous compounds called isothiocynates and glucosinolates that are lowered when cooked, according to a study by scientists at the University of Essex in 2008. Another study by scientists from University of California at Los Angeles and Louisiana State University found raw vegetables contain higher amounts of antioxidants including vitamins C and E, folic acid, lycopene, alpha-carotene and beta-carotene.

But sometimes, cooking is actually healthier

Despite all the benefits outlined above, there are a few vegetables whose antioxidants are actually increased through the process of cooking! (Bonus points for boiling or steaming). These vegetables include many of the ones you enjoy better cooked anyway such peppers, mushrooms, asparagus, cabbage and carrots. For example, as great as a raw carrot stick is dipped in hummus, cooking them increases the amount of beta-carotene they will provide so sticking them in a roasting pan also pays off.

And in stark opposition to the study cited earlier, cruciferous vegetables like broccoli, sprouts and kale contain compounds called goitrogens that may block thyroid function... but these compounds are deactivated when cooked. The Verdict: Healthy or All Hype?

From the clear health benefits of eating vegetables in their natural state and those of eating vegetables after cooking them, I would surmise that eating a rich variety of both raw and cooked foods is the key to a healthy and balanced diet. Even doctors who advocate for fully plant-based diets believe that raw veganism is a step in an unhealthy direction. Everything in moderation right? And as for the belief that consuming only raw foods will 'detox' your body, you can't actually detox your body in the ways that detox companies want you to believe. This is actually one of the biggest myths in nutrition. Sure, you lost some weight when you went on that 14 day juice detox diet but that's nothing to do with any supposed toxins being rid from your body. It's because you only drank juice for two weeks...

Share your thoughts and experiences with raw veganism with the rest of the Veggiebuzz community in the comment section below.