Unhealthy diets are weighing heavily on the Middle East

Unhealthy diets are weighing heavily on the Middle East

Jennifer McNeill• 23 October, 201623 October, 2016There's an epidemic staring us all in the face. It's in our homes, in our offices, in our bodies and on our plates. It's a major public health issue, both globally and regionally, and one we can no longer ignore. A 2016 report by the World Health Organization revealed that a shocking 2.1 billion people - that's ... 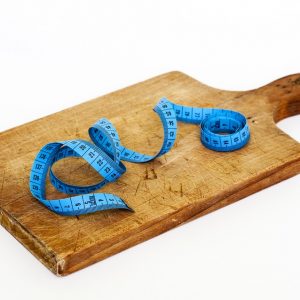 There's an epidemic staring us all in the face. It's in our homes, in our offices, in our bodies and on our plates. It's a major public health issue, both globally and regionally, and one we can no longer ignore.

A 2016 report by the World Health Organization revealed that a shocking 2.1 billion people - that's nearly 40 per cent of the global population! - are overweight and obese. Closer to home, the same study revealed that obesity in the UAE is twice that of the world average. As a consequence of this shocking statistic, there are higher incidences of type 2 diabetes in the UAE than there have ever been before. On World Diabetes Day in November 2015, data from the International Diabetes Federation unveiled that there are currently 803,900 diabetics in the UAE. That's 19 per cent of the population.

It is generally advised that type 2 diabetes can be avoided and managed by losing weight, doing more exercise and eating a more balanced diet. Leading scientists in the field now advise that more people follow plant-based diets to reduce their risk of diabetes as it is revealed that vegans are 78 per cent less likely to develop type 2 diabetes than those who eat meat on a daily basis.

“Type 2 diabetes is almost always preventable, often treatable, and sometimes reversible through diet and lifestyle changes,” writes renowned physician Dr Michael Greger, in his best-selling book How Not To Die. “People who eat a plant-based diet have just a small fraction of the rates of diabetes seen in those who regularly eat meat. By switching to a healthy diet, you can start improving your health within a matter of hours.”

This is no medical breakthrough. Following a plant-based diet is a guaranteed way to get healthier and, as a result, drop the kilos. The biggest study of vegans ever performed was published in 2009 in the Journal of American Diabetes Association, looking at the body mass indexes of thousands of flexitarians (those who indulge in meat once or twice a month), vegetarians (those who eat no meat but eat dairy and eggs) and vegans (those who stick to a purely plant-based diet). Based on the medical recommendation that a BMI of over 25 is considered overweight, only the vegans fell into the 'normal weight' category. There are plenty of ways to incorporate more whole foods plant-based meals into your every day routine that will automatically make you feel lighter and happier. Here a few starting points:

Adopting a plant-based diet won’t just help you slim down, it will also help you fight an array of ailments, including heart disease, diabetes, arthritis, and cancer.

Dr. T. Colin Campbell of Cornell University, arguably the foremost epidemiologist in the world, has stated: “Quite simply, the more you substitute plant foods for animal foods, the healthier you are likely to be. A vegan diet—particularly one that is low in fat—will substantially reduce disease risks. Plus, we’ve seen no disadvantages from veganism.”

Consult your doctor or nutritionist before starting any new diet plan.